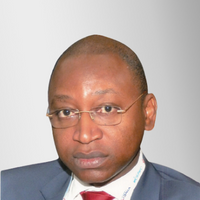 Joseph Medou graduated in february 1995 as Geoscience Engineer from the Earth Sciences institute of the University of Dakar. He started his carer in the oil and gas business with Tullow Oil immediately after graduation, and was involved in the onshore 2D and 3d seismic acquisition in the Sebikhotane Permit.

In 1996, Joseph joined Petrosen , the Senegal National Oil Company and worked with the team which was involved in the interpretation of the data that led to the Gadiaga Discovery in 1997. After two years at the department in charge of drilling operations, he was sent to CCG Training Center in France to acquire skills in seismic processing.